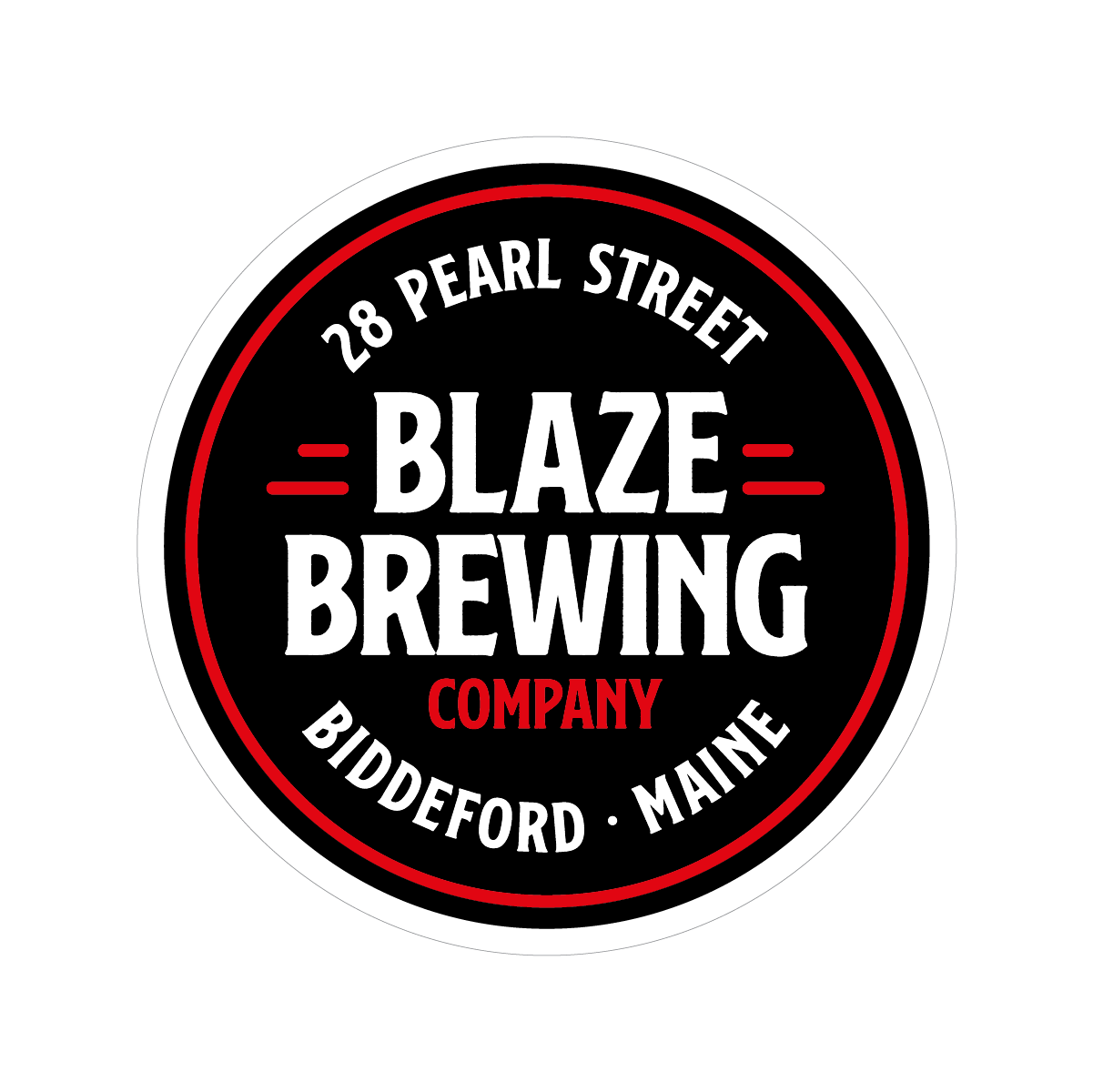 Are you old enough to be here?

Blaze Brewing Company is one part of Blaze Restaurant Group, a restaurant group owned and operated by Matty Haskell focused on local agriculture, wood-fired food, and world class beer. Blaze Brewing is led by Head Brewer Shaun McNaulty and Sales Director Will Ryan, who have been in the industry for over fifteen years combined. The brewery was started at our Camden restaurant with a 4-barrel brewhouse. Eventually demand grew so much we came down to Biddeford, Maine to open up a brewery tasting room and kitchen right on the Saco Falls. This Southern Maine location serves as our production brewery and headquarters while our Camden brewhouse cranks out experimental beers.

Blaze’s beers are brewed thoughtfully and are meant to be enjoyed by veteran beer drinkers and first timers alike. We brew a variety of styles here, from our coffee brown ale, Bailey Boy, to our pastry sour, Blazing Love, we make beer for every palate to enjoy. The beers we make and sell the most are our hazy New England IPA’s, which we brew for maximum drinkability and hop flavor. We are constantly experimenting and innovating our processes to provide you with the best pint of beer possible.

Copyright Blaze Brewing Co. 2021 | Powered by Greenturtlelab
We use cookies on our website to give you the most relevant experience by remembering your preferences and repeat visits. By clicking “Accept All”, you consent to the use of ALL the cookies. However, you may visit "Cookie Settings" to provide a controlled consent.
Cookie SettingsAccept All
Manage consent

This website uses cookies to improve your experience while you navigate through the website. Out of these, the cookies that are categorized as necessary are stored on your browser as they are essential for the working of basic functionalities of the website. We also use third-party cookies that help us analyze and understand how you use this website. These cookies will be stored in your browser only with your consent. You also have the option to opt-out of these cookies. But opting out of some of these cookies may affect your browsing experience.
Necessary Always Enabled
Necessary cookies are absolutely essential for the website to function properly. These cookies ensure basic functionalities and security features of the website, anonymously.
Functional
Functional cookies help to perform certain functionalities like sharing the content of the website on social media platforms, collect feedbacks, and other third-party features.
Performance
Performance cookies are used to understand and analyze the key performance indexes of the website which helps in delivering a better user experience for the visitors.
Analytics
Analytical cookies are used to understand how visitors interact with the website. These cookies help provide information on metrics the number of visitors, bounce rate, traffic source, etc.
Advertisement
Advertisement cookies are used to provide visitors with relevant ads and marketing campaigns. These cookies track visitors across websites and collect information to provide customized ads.
Others
Other uncategorized cookies are those that are being analyzed and have not been classified into a category as yet.
SAVE & ACCEPT